After sightseeing in Athens, we will take a taxi from the hotel to Athens airport again. You will take an evening flight at 19:00 to Santorini Island. 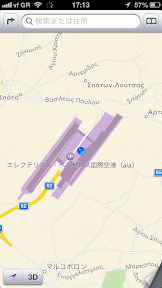 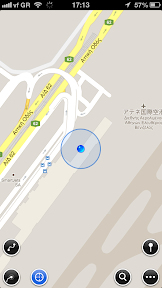 The formalities were completed quickly, so we had some time to spare. I’m waiting at the airport with a cup of Greek coffee. 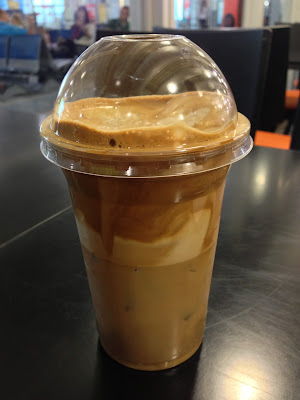 I ordered an iced coffee because I didn’t know they had iced coffee, but it wasn’t drip coffee, it was just powdered coffee dissolved in water, and to be honest, it wasn’t very tasty (laughs).

The time passed while I was relaxing, and now it was time to board. 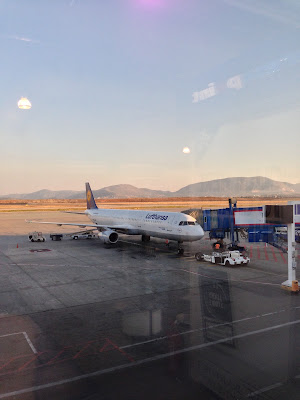 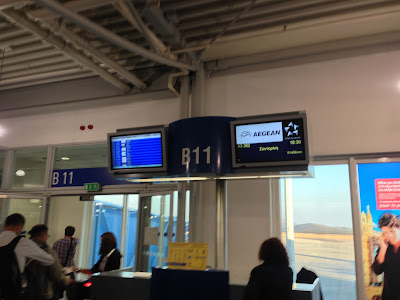 A short journey in the sky begins.

Well, I’ve flown many times, but this was the first time to fly within an hour. But this shortness was unexpectedly interesting. 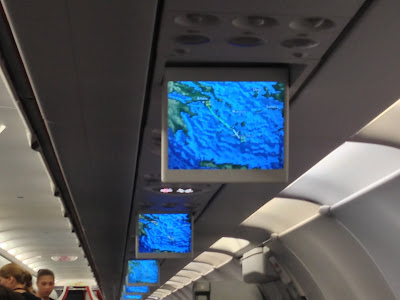 (Here’s a picture of the plane on the way back.) It’s funny because the distance is so short that the plane’s fuselage is half the size of our departure and destination! 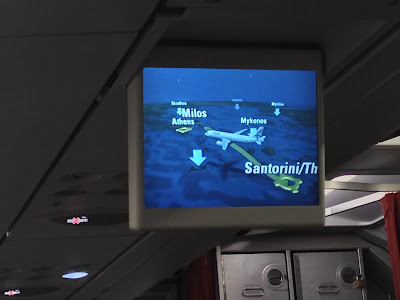 Also, there is at least a drink service, but no warm drinks at all because the level flight time is very short anyway.

And it’s also funny because the speed of payment is so fast that the CA looks so impatient!

I didn’t seem to have much time to think about my choice, so I reflexively ordered an orange juice. But I almost drank it in one gulp because I felt bad if I drank it too slowly (laughs)

So I didn’t have time to settle down at all, and before I knew it, the plane was ready to land and we arrived at Santorini Island in no time. 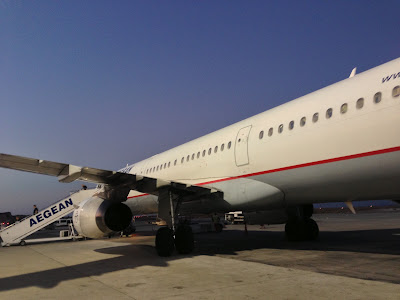 Then we took a taxi to the city of « Fira » where we stayed.

We have a reservation at this hotel. 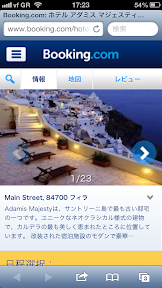 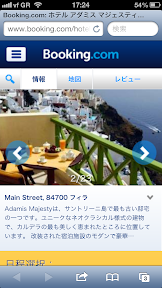 It seems that cars are not allowed in the city, so the taxi driver said he would call to have us picked up at the entrance and gave us a confirmation.

Arriving at the entrance of the city. Here is where we arrived after being guided by a slim, tall, handsome man who had come to pick us up. And here is the view of Santorini Fira at night from my room. Wonderful! Can’t wait for it to lighten up!

By the way, we were the only guests in this hotel, probably because it was off-season… No, we have it all to ourselves!

Anyway, I was hungry, so as soon as I left my luggage, I headed out for a quick bite to eat.

In Athens, we had been to only casual places, so this night we decided to stretch our legs a bit and chose this nice restaurant. We had a delicious dinner with Santorini wine which has a good reputation. After dinner, we took a short walk around Fira at night. As you would expect from a tourist destination, there were a lot of people even at about 9 pm.

Travel in Greece, mainland part 2 – from there

The second day of our mainland trip begins in Meteora, central Greece. We came here from Athens the day before.Meteora s...

The next stop after Delphi was Meteora.Meteora is an area in central Greece where strict monasteries dot the cliff topog...

Well, I'm starting to update my travelogue of Greece, which I went to in October.I started from Athens. I flew to Paris ...

The northernmost city of Santorini, a city that is synonymous with Greece, a city that everyone has seen a picture of at...

Santorini No.2 Breakfast on the terrace and rent a car at the hotel -2012 Greece No.8

Morning in Santorini.At dawn, Santorini was a little cloudy, but the view was still beautiful.The sun has just risen and...

It is the wine museum of this travelogue, and it is not an exaggeration to say that it is the biggest impact in a sense ...
Panathinaiko Stadium, Athens No.6 -2012 Greece No.6
Santorini No.2 Breakfast on the terrace and rent a car at the hotel -2012 Greece No.8
Page d’accueil
2012 Greece
タイトルとURLをコピーしました