I can’t wait to get out of this uncomfortable Italy and back to France! We left the Palazzo Venaria Reale and headed for the Côte d’Azur to escape this country anyway.

Yesterday, we were tormented by the Alpine stage on the French-Italian border, so we chose to take a slightly circuitous route, but on a motorway. 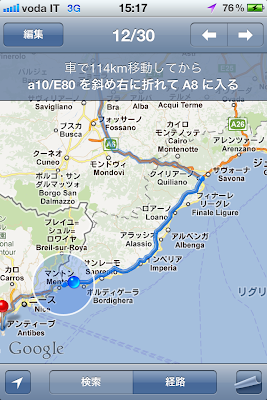 And after a few hours of restless driving, we finally made it back to France. 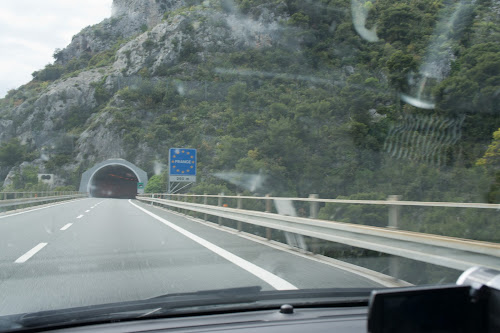 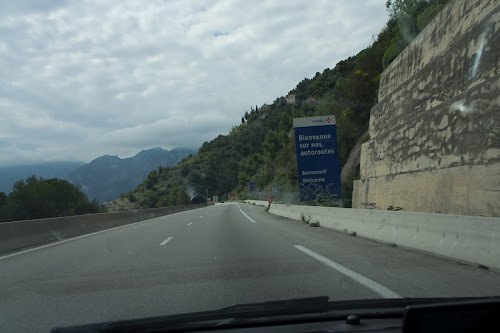 I feel safe in France!

But actually, the drive along the Ligurian Sea was very pleasant. There were a lot of nice towns, so I thought I’d like to stop by there sometime.

Now, once you’re on the Côte d’Azur, you’re used to it. I don’t know how many times I’ve driven here…. I never thought I’d be back.

What I aimed for this time was anti-vibe. We were able to find a parking spot in a good spot close to the center of town.

It was around 3 p.m. and I was tired from the long drive, so I decided to stay here tonight.

It was a bit expensive but we found a very stylish hotel and decided to stay here. Now, the purpose of coming to Antibes is « Picasso Museum ».

I have been to this city once in 2006. But I couldn’t enter the Picasso Museum because it was closed on that day. So we came here from Turin, taking 4 hours to get revenge.

Go through the alley and head to the sea. After all, the South of France is the sea! I was able to enter the Picasso Museum this time. But there were many tourists, especially Japanese tourists, so I felt uncomfortable.

By the way, the area around the Picasso Museum is very nice, isn’t it? The atmosphere of the south of France is very much in the air. Antibes is a small town with fewer people than Nice, so it’s a nice place to relax. World Heritage Site: Church of the Abbey of Saint-Savin-sur-Gartemps – 2011 France

Date of visit: April 24, 2011The weather changed rapidly on April 24, but we were able to do a lot of sightseeing becaus...

TwitterのフォロワーさんのオススメでこちらのSNSにはいってみました。Lang-8: first thing you need to do is to write your native language and the langu...

Today was a trip across Corsica.In the morning, I walked around Bastia where I stayed. But I only saw a little of the ol...

The beautiful villages of Alsace – 2011 France Realtime No.16

The internet didn't work very well at the hotel in Nancy the night before, so this is an update from here in Clervo @ Lu...