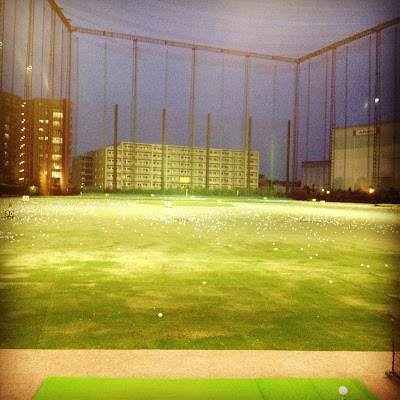 It’s been a while since I actually hit a ball. I was certainly concerned about my declining physical strength, but I think I hit the ball well for a long time.

In no small part, watching the game the other day was good image training for him.

It’s certainly more stable that way, and I don’t think it’s going to slow my swing speed down as much as I thought. No, in fact, your swing speed might be getting faster.

By the way, I usually use a practice bag because my car is small, but the other day it was put away and went away, so I had no choice but to go to practice with a full set. But it fits nicely in the passenger seat. 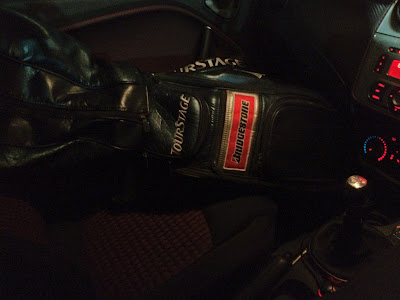 Also, I got this badge when I checked in on foursquare for the first time in a while. 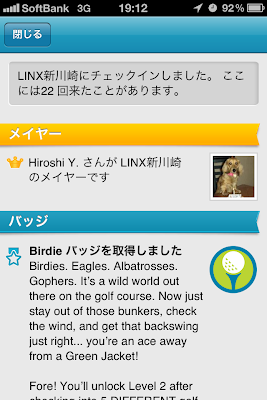 Even though foursquare has become a bit of a rut, it’s still nice to get a badge.

Short Course and Half Off Beef Corner

I went to this short course in Kisarazu with a friend in cloudy and rainy weather.サンライズゴルフクラブ 木更津ショートコース it was cool fo...

It's been a little over a week since the Sochi Olympics were held. I'm glad to hear that the Japanese athletes are consi...

The round after a long time, Tomei Country Club

Yesterday, I took a paid day off and played golf with three members of a certain game music ensemble group (*on the leve...
Before I knew it, I had been visited 9,000 times by travel review site Fort Label
Non-uniformity of interest, multiculturalism. Traveling and living without TV made me feel it all over again.
Page d’accueil
09. Sports
タイトルとURLをコピーしました